Previous Suit up for a 3-day business trip
Style

Next The Pattern Playbook 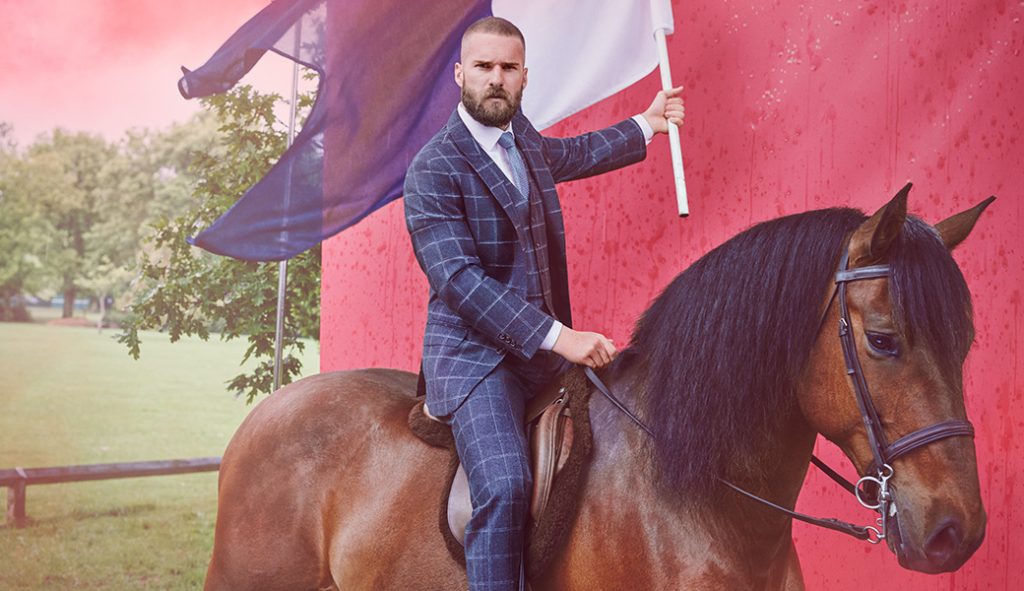 As the new season well and truly kicks in, we’re taking the Suit Up revolution up a gear.

Now’s not the time to simply fall in line. Say no to the same-old suit and push yourself to be a little bolder. The days might be getting greyer but, if you ask us, that’s all the more reason to take a few sartorial risks and make your unique mark in standout suiting and adventurous patterns.

Need some inspiration? Step up Matt Lister: former GB athlete, LGBT Ambassador and frontman of our campaign, leading the Suit Up charge in the battle against boring.

We talked with Matt about making bold moves, standing up for what you believe in and being brave enough to be yourself.

MB: As a former world-class canoeist, how did you step up to the mark when it mattered?

ML: I found the most powerful tool at my disposal was mental imagery or visualisation. Sat on the start line I would get the shakes and the butterflies, a sensation that never changed throughout my career, and one I never seemed to get used to. But to counter it, I would visualise in my head (in real time) exactly what we had planned to do on the gates that were on the course ahead of us. It’s so calming and even with all the craziness going on around you, it suddenly becomes easy to block out. The last thing I would do would be to splash my face around 30 seconds before we started and tap my paddle on my helmet a couple of times to wake myself up.

MB: How did you get into canoeing? How did you take it from a hobby to a professional level?

ML: My sister Charlotte had gotten involved after taking part in an outward-bound course. I was jealous she was doing something I wasn’t doing so I demanded I went along as well. For the first few years, I would just mess around at the sessions. I was naturally talented at canoeing, but with no goals, I had nothing to focus myself on. I was told I either took part and did something with it or I couldn’t come back because I was a distraction to the others.

My club put me into a grassroots scheme called ‘paddle power’ where you would take part in all disciplines of canoeing. Slalom was one of the ones I began to win at low division races very quickly, it grabbed my interest and after around a year of competing in kayak I had reached the top division and was scouted by the British Canoeing team. After a couple of years I was on the podium as a junior, an under 23, and then as a senior, and racing internationally around the world. 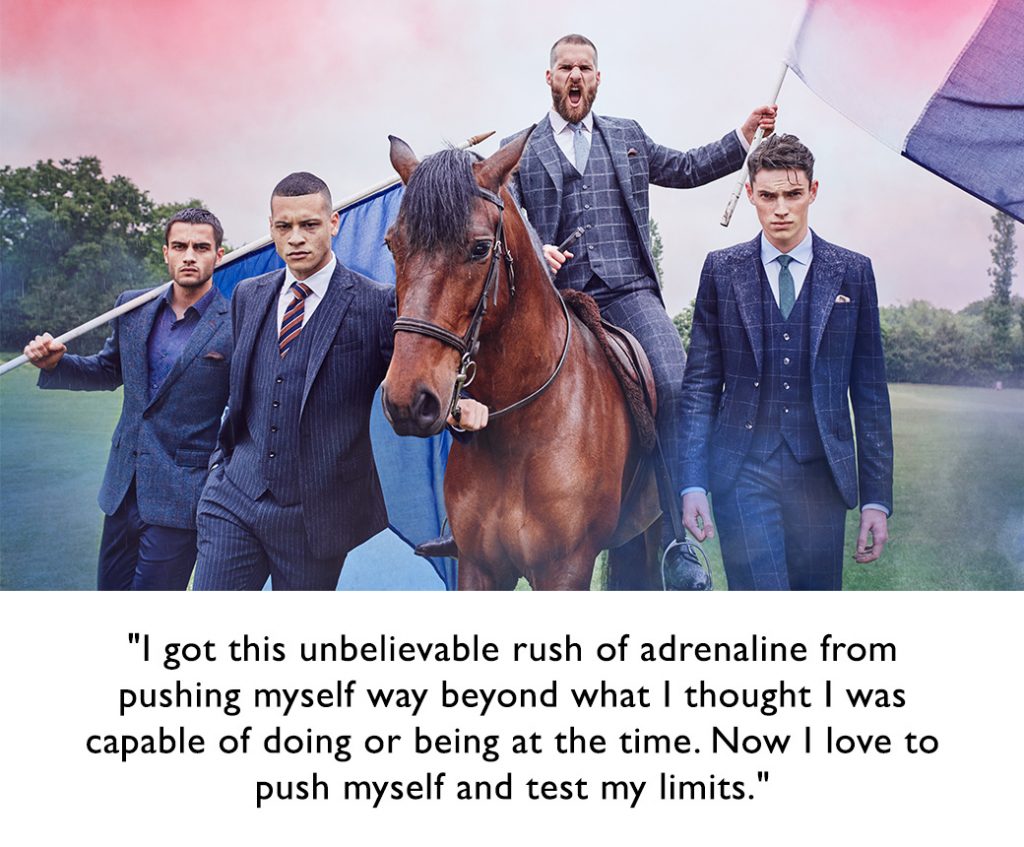 MB: It sounds like you’re used to pushing yourself out of your comfort zone – how does it make you feel when you do?

ML: I used to hate it, until I came out to my friends, family and teammates as gay. I got this unbelievable rush of adrenaline from pushing myself way beyond what I thought I was capable of doing or being at the time. Now I love to push myself and test my limits. More recently that has come with travelling the world, experiencing new cultures, learning a lot more about myself and who I am as I go along as well.

ML: I’m not sure which holds higher bold points. One: I jumped out of an aeroplane… twice in 2 weeks! Travelling in Australia with my boyfriend, we skydived in Brisbane and the Whitsundays. I’m petrified of heights, and even though I knew what it would be like to do it a second time, I was so keen to test myself. But, two: I went to see SpiceGirls SpiceWorld at the cinema when I was 6 years old… dressed as Posh Spice. Weave, heels, makeup, dress, the lot! Bold? Haha. 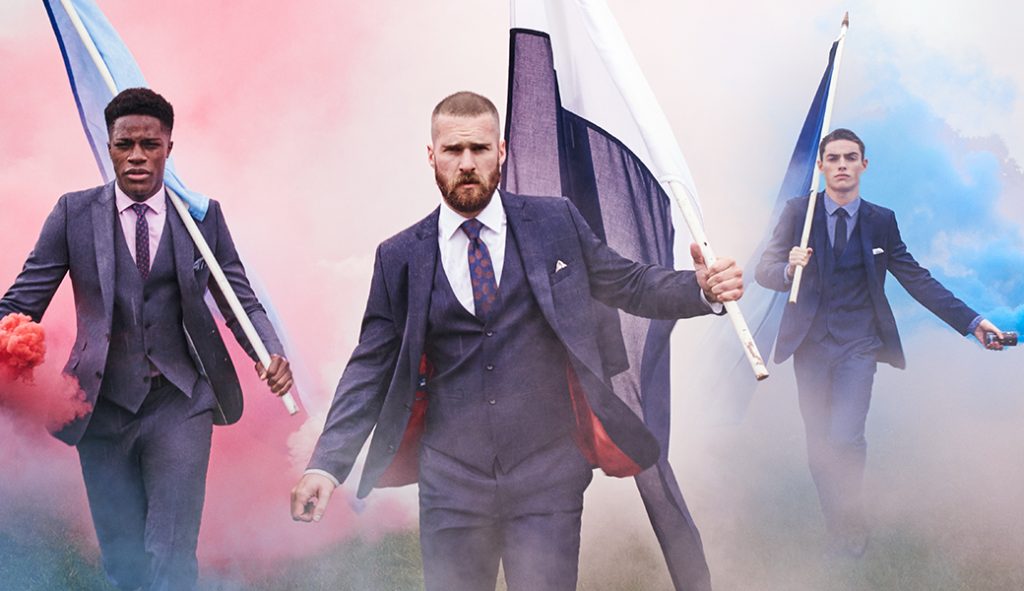 MB: Tell us about your role as LGBT Ambassador for the British Athletes Commission?

ML:  The role was the first LGBT Ambassador role ever put in place by a players association. It began as something to show support and give a voice to LGBT athletes to be represented. But since taking on the role I have been to speak at schools to kids about my experiences as an athlete and coming out (all mostly very positive experiences I must say!). I’ve also been to companies to speak to their employees, taken part in panel discussions at huge events for publications such as The Economist, and spoken at the Council Of Europe about where I believe we are yet to go with LGBT athlete support.

MB: At Moss we champion tailoring as a means to make a man feel great. What do you champion or stand for in your role as LGBT Ambassador?

ML: You do you boo, every time. There’s no right or wrong path for anyone in this world, we all have to make mistakes to better ourselves and move forward. I feel I lost years of truly living my life when I was in the closet, because I was hiding who I really was from everybody, not only did I steal that time from myself, but I stole it from my family and close friends, some who never really got to know the real me. Life can be an incredible journey, but it can be over in an instant. Try never to take things for granted. Live life to the full every day. 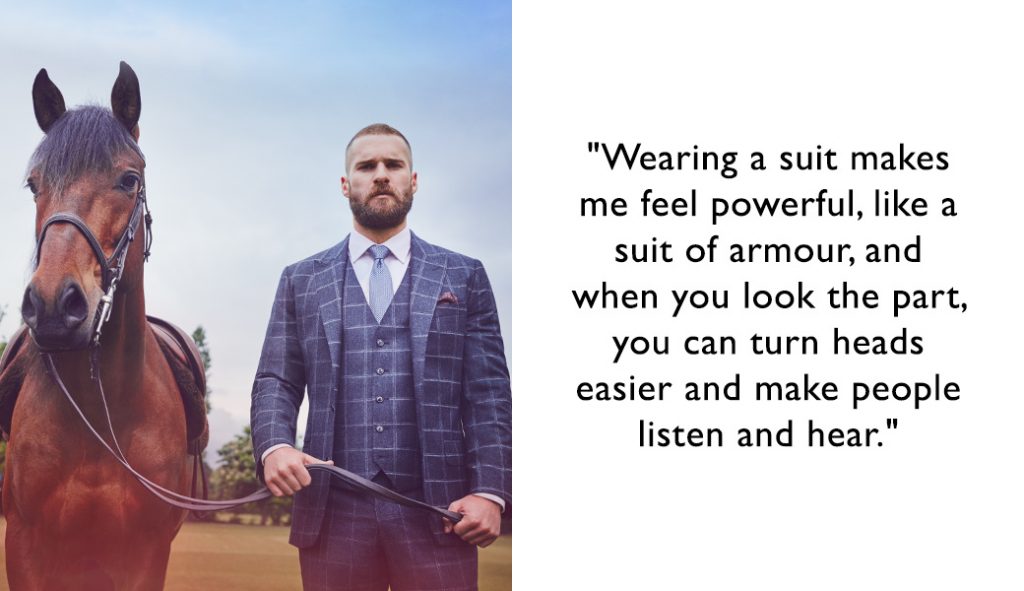 MB: How does what you wear change how you present yourself to the world?

ML: As an athlete, it was a rare occasion for me to swap my minging sweaty canoe kit or my team tracksuit for a suit and tie. I was so proud to wear the Union Jack on my sleeve at competitions, and now I’m proud to slip on a cracking suit for events where I’m representing LGBT athletes across the country. It makes me feel powerful, like a suit of armour, and when you look the part, you can turn heads easier and make people listen and hear.

MB: How do you show your style and personality if you need to dress formally as part of your role?

ML:  I guess even when I’m invited to attend black tie events, I try to make my suits a little sporty or ‘athlete chic’, which in my head is basically dressing it down slightly. I love a suit, sneakers and t-shirt combo. Oh, and the suit has to fit like a glove. I like it tailored to within an inch of its life! 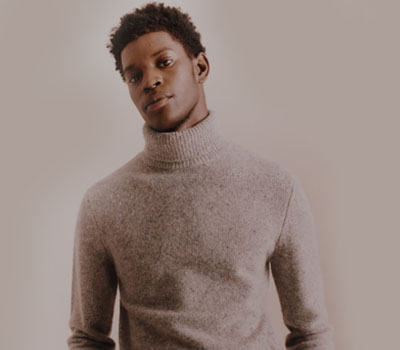 Choose a festive jumper you can wear for the whole season.
Style A Christmas jumper that’s not just for Christmas 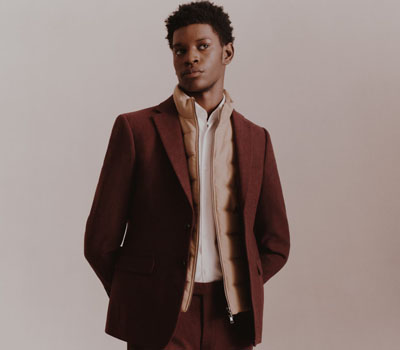 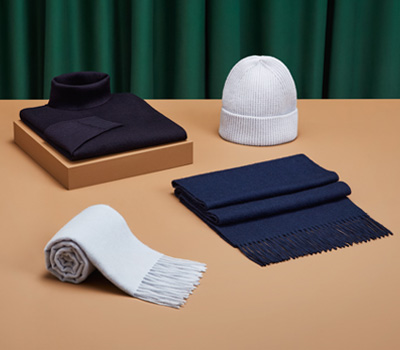 Find your friend the perfect gift at Moss.
Expertise Christmas gifts for friends: What to buy